Tying Run on Third at the Bottom of the Ninth 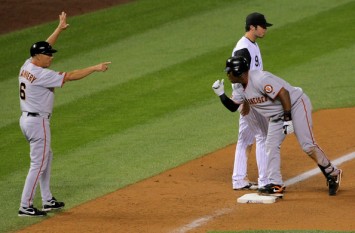 Author Christopher Wright ask a fundamental question in his book The Mission of God’s People, “… What does it mean to be human? Are we gods, or merely animals that have evolved a bit further than the rest? Does human life have any value, meaning and purpose?”[i] In Genesis God answers this question by giving man a mission; “The LORD God took the man and put him in the garden of Eden to till it and keep it.”[ii] None of the other creatures were given such work and God even entrusted man with the naming of all his other animals, “So out of the ground the LORD God formed every animal of the field and every bird of the air, and brought them to the man to see what he would call them; and whatever the man called every living creature, that was its name.”[iii] In the garden man and woman was given “dominion” and told to, “Be fruitful and multiply, and fill the earth and subdue it;”[iv] We are not gods nor are we more highly evolved animals. We are the object of God’s involvement in our lives because we are the focus of his love. For this reason God has entrusted us with the stewardship of his earth and all living creatures on it, including ourselves. Though God rested from his labors on the seventh day, the work he intended for man to complete was just beginning.

God’s purpose was  for humanity to be intentionally engaged in building his  Kingdom. Whether it was Adam tilling the earth, Cain building a city or Noah constructing the  ark, God had a mission. When God confused the language so man could not finish the building of a tower, they were forced to disperse, spreading human culture through the earth. Abram mission was to go to a land God would show him and become the Father of a great people. Joseph would provide a place for the seeds of that nation to grow and flourish, then Moses would lead them back to the land God had given Abraham. David  built a powerful nation whose influence would increase under Solomon. When the land was divided prophets  cried out against unfaithful kings and bitter injustice. As a conquered people under the Assyrians, Babylonians, Greek and Romans, the descendants of Abraham preserved their faith and resisted assimilation into world empires.   All this would provide the opportunity for God incarnate to bring salvation to the world.

From a Christians viewpoint the narrative of the Old Testament was to establish the foundation of a faith and preserve God’s teachings. This would  create a setting where Jesus Christ would complete God’s act of redemption.  The modern Christian church may see the two testaments as a sports aficionado sees the baseball season;  OT is spring training and  the NT is the race for the Pennant. A better sports analogy would have the NT the innings which follow the  seventh inning stretch. An RBI in the third inning is just as important as a third out with tying run on third at the bottom of the ninth. Both plays can affect the outcome of the game.  Wright contends, “We need to pay attention to the whole story of the Bible and see our mission in the light of all of it.”[v] Much of the OT is seen as preparatory for the work of Christ and the Apostles. In fact it is a continuation of Gods purpose to bring about the his Kingdom. The mission of building the Kingdom didn’t start with Christ ascension to heaven, it began when God told Adam to till the earth.

Evangelism has been a core doctrine for the Christian church and is carried out by the modern church in the name of Christ and guided by the Holy Spirit. However it is not unique to apostolic teachings inspired by Jesus. Nor does it make the Christian church unique in applying missional doctrine to our mandate. The call to mission is a legacy begun by Christ from the beginning;  “All things came into being through him, and without him not one thing came into being. What has come into being in him was life, and the life was the light of all people.”[vi] When Jesus commanded the disciple to “Go therefore and make disciples of all nations, baptizing them in the name of the Father and of the Son and of the Holy Spirit,”[vii] he was reaffirming God’s call to build the kingdom. “God’s mission is the final destruction of all that is evil from his whole creation. Our mission therefore has to be as comprehensive in scope as the gospel the whole Bible gives us.”[viii]

Perhaps the modern church sees the call to mission as an act of obedience to Christ and thus unique to Christianity. It is neither an obligation or duty imposed on Christians, but an opportunity for all God’s children to  “Be fruitful and multiply”.